Guo Yu Yin was born on April 11, 1998, in Xing Yi, China. On December 5, 1999, she became Lija Angela Yu Yin Hyssong, our adopted daughter. Shortly thereafter, she arrived in the United States to begin life with us, her new family.

We noticed early on that Lija was a very caring and compassionate child. When we decided to adopt another girl from China, she eagerly awaited her new sister. Lija was all about the double stroller we needed to purchase and was thrilled to pick out the color of our new minivan. She had so much love she couldn't wait for our family to expand. And she really couldn’t wait to be a big sister.

On May 21, 2001 her dream came true when her new sister, Zoë, arrived. Lija cared for and loved her sister from the moment they met. Lija’s quiet demeanor was the perfect compliment to Zoë’s strong-willed nature.

Lija had an unassuming, loving presence that charmed everyone she met and as Lija grew — so did her desire to care for others. As her family, we didn’t really see this and in fact, were always concerned about Lija and whether or not she maintained friendships. We worried that her kindness was mistaken for weakness and that her high school friends might be taking advantage of her. We found out later that was definitely not the case.

Schoolwork did not come easily to Lija. Reading and writing were not her friends, but she worked tirelessly to keep up and always strived to be the best that she could be academically. It was not uncommon for Lija to take an hour to finish her homework when her friends were done in minutes, but she never complained and always found time to play with her best friend, her younger sister Zoë!

As Lija grew up, she matured into a strong Christian young lady who loved her Lord and had a strong desire to make a difference in others' lives. She was an active member of her church and was always a willing participant in charity and goodwill activities. In July 2014, when Lija was 16, she went on a church mission trip to Chicago with her youth group, sharing the Gospel message with the people there. As soon as Lija finished the mission trip, she was to board a plane to Pennsylvania to meet the “China Sisters,” a group of families whom we met in China when we adopted our girls. As one trip ended and the other began, Lija showed flu-like symptoms that were attributed to a busy and sleepless week with less than nutritious eating and snacking. Our family was unable to make the trip with Lija due to some other commitments, so after a consult with the “mom” on the other end who would keep an eye on Lija, we permitted her to continue on her planned trip to Pennsylvania to join her friends. While she was not completely better, Lija was eating, drinking and “hanging in there.” 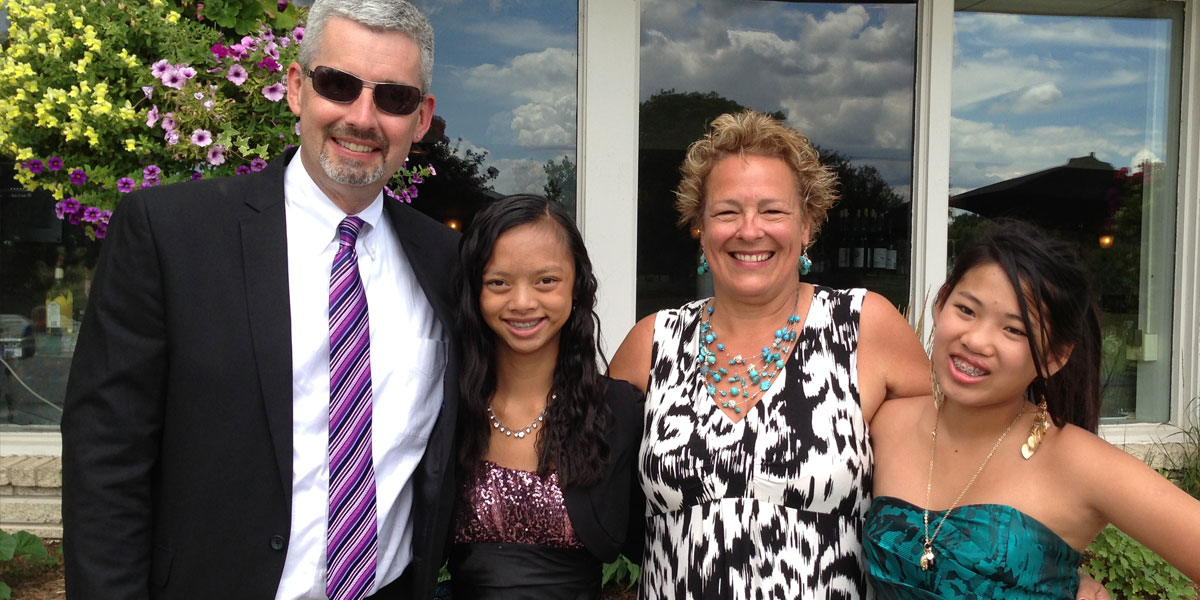 Lija and her family: Philip, Angie, and Zoë Hyssong

Five days later, on Tuesday, July 1, Lija was found unresponsive. Her host family performed CPR until medical staff could arrive. Her heart was restarted and she was rushed to the hospital. While at the hospital, her heart stopped again, and when doctors were able to restart her heart, she was airlifted to the Hershey Medical Center and admitted to the Children’s Hospital’s ICU. Our family immediately flew to Pennsylvania and were with Lija by that evening.

After fighting as best she could for two days, early in the morning on Thursday, July 3, Lija went to heaven. An autopsy indicated that Lija died from an acute disseminated candidiasis, a rare yeast-type infection. Something that could not have been predicted and was untreatable by the time it presented itself.

Hundreds and hundreds of people came to Lija’s wake and funeral to pay their respects to this incredible person. We were overwhelmed by the number of students who knew Lija and contrary to our worries, never saw her as weak. They saw only her love, compassion and caring. They began to say, “We will Love Like Lija (LLL).”

This phrase has become an inspiration to us and those who knew Lija. We founded this charitable foundation to preserve and honor the beautiful and loving spirit of this much loved young girl.